Behind the scenes of GMO food 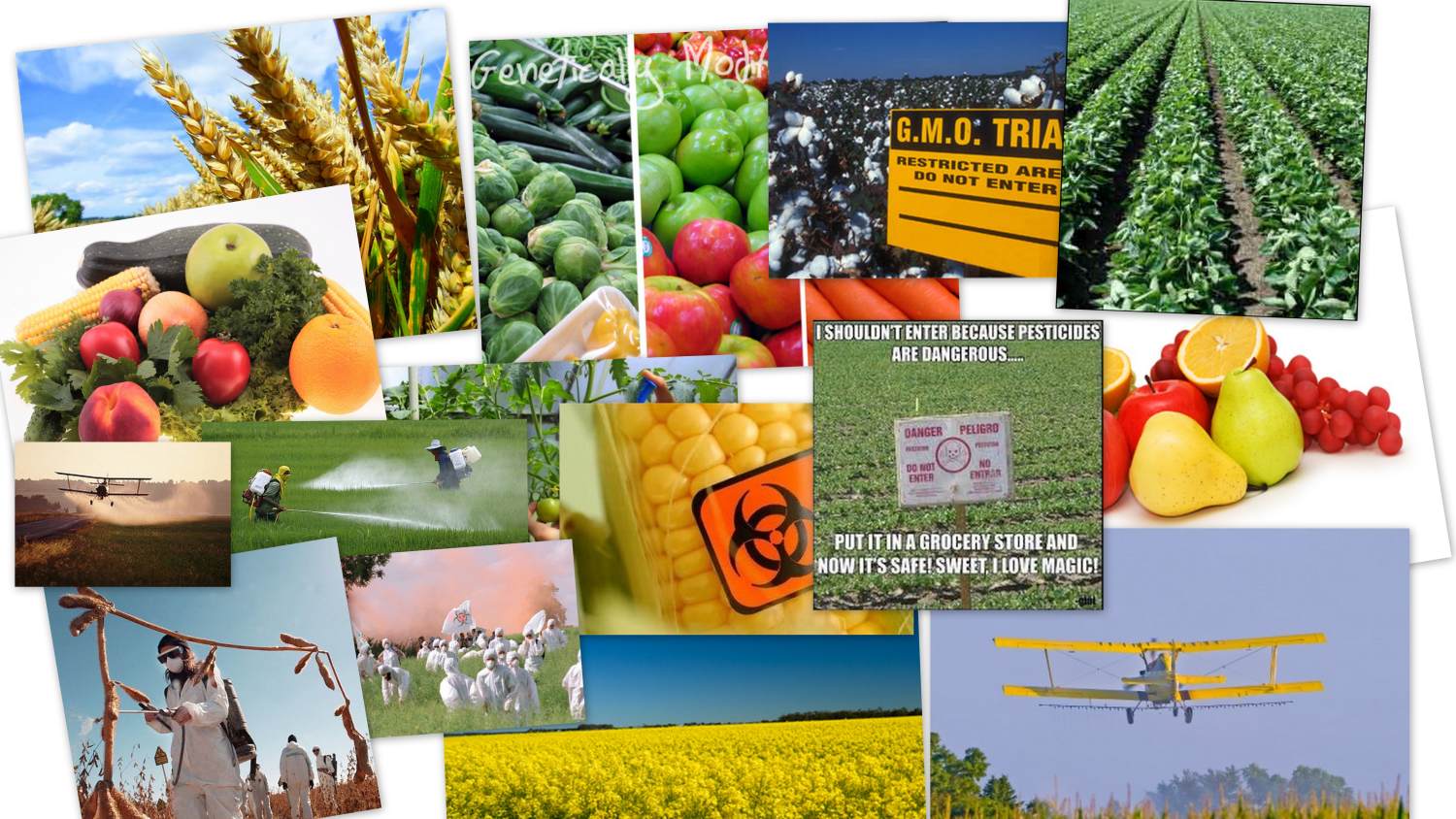 Genetically modified food affects different segments of the world in different ways and there are generally 2 main segments, the farmer and the consumer.

Whether you are eating GMO corn flakes for breakfast or rubbing a cosmetic GMO moisturiser onto your skin, gene engineering technology is the underlying principle that delivers these products to humans and animals.

What does GMO food promise

At the moment, GMO crops are predominant in the mainstream food sectors, such as corn, canola, soy, etc. because these foods are grown every year on more than 160 million hectares of global land.

The sheer volume of growth hectarage makes it financially attractive for GMO companies to invest in these products, although it only represents about 3% of globally planted agricultural land.

The so called "frankenfish" 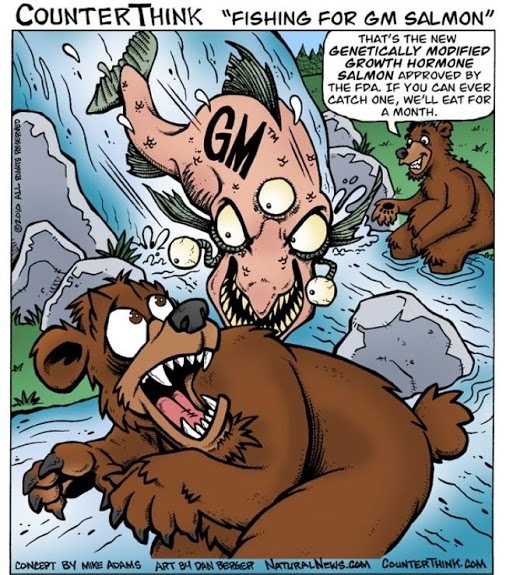 Image credits :
counterthink.com, naturalnews.com - Above
Seeds of Death (Documentary) - Below 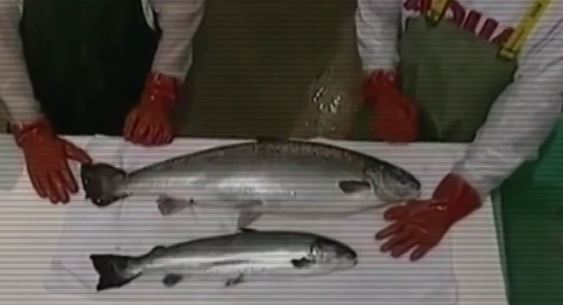 The above image is a clip from film footage of 18 month old salmon. The salmon on the top is the GMO variety that grows approximately double the size in the same space of time.

As of Q1 2013, the GMO salmon is under evaluation for human consumption.

Cheaper prices, better yields, less inputs and so many other advantages listed above, all sound fantastic.

So why is GMO food so often in the news? Why is there increasing negative publicity?

GMO food is a relatively new technology that is heavily patented and not very well regulated.

The newness of the technology gives it some kind of "amazing" status that has the power to open doors that are traditionally difficult to open, such as the doors that the drug industry have to open.

For example, when a newly manufactured drug is approved for human use, generally they have to go through tests that look like these :

These tests are designed to make sure (as best as possible) that they are safe for humans with no or very strictly controlled and known side effects.

Once approved, these drugs are administered to humans that are sick (ie people that actually need them) and is monitored by professionally trained people, such as doctors.

The science involved in creating GMO products is on the same level as the science used to create new drugs, but at present, typical GMO testing involves secretive rat trials for 90 days. In addition to this secrecy, any failures of these tests do not have to be made public. 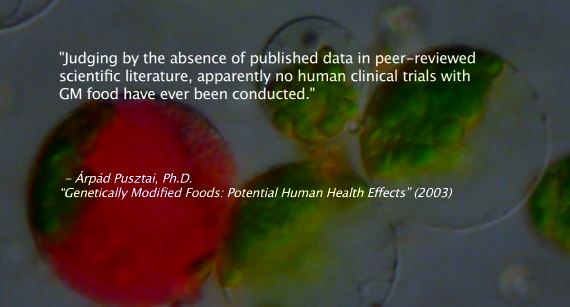 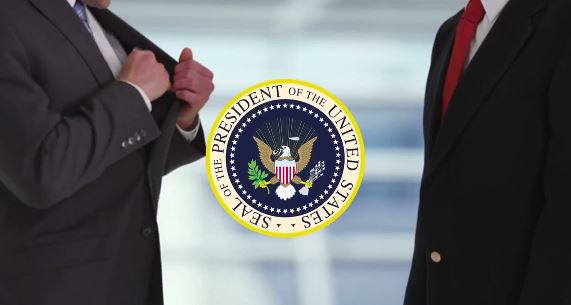 Drugs enter our bodies and are used the same way as GMO foods are used, so why are they tested differently? 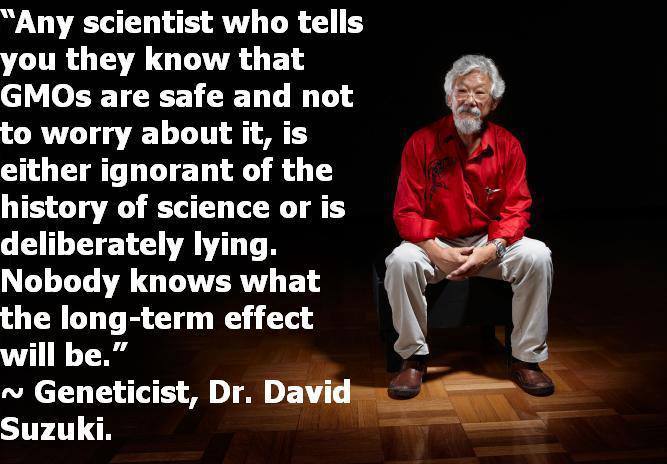 Should foods be patented?

Because the GMO food technology is so heavily patented, nobody is allowed (and are too scared to in case of lawsuits) to tamper and research the technology.

This means that nobody can conduct manufacturer endorsed independent tests to verify what the GMO companies claim to be true.

Any tests that are done are dismissed as unofficial and do not get picked up by mainstream media (there are many other reasons for this, such as conflict of interest between advertising revenue and negative reporting from, and of the same company)

With the technology being so new and with the patented secrecy veil, nobody, including Government regulatory bodies, have a full and independently verified picture of GMO. 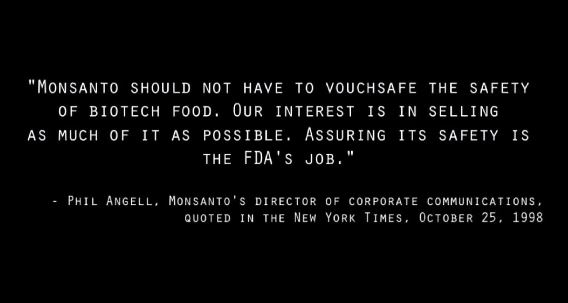 Blue chip companies are well known to cut corners in pursuit of profits with little regard to the health and safety of their customers. The question that people are now asking is "If something goes wrong with GMO food technology, can mankind fix or reverse it?"

The answer is ... no. A new organism created by gene modification cannot be undone, it can only be destroyed. But if this GM organism has contaminated other naturally occurring organisms, then what is the plan?

It has been estimated that cross pollination by naturally occurring climatic conditions can be as much as 500 miles. 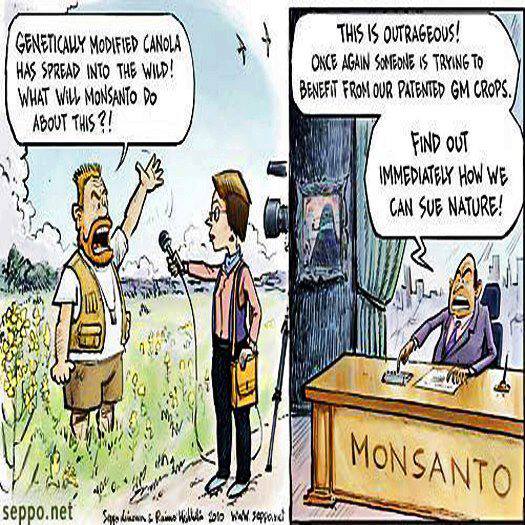 GMO food companies say that if an organic farm located next to a GM farm is contaminated by GM pollination, it is the duty of the organic farmer to ensure that there is sufficient land boundary to prevent this from happening.

If 500 miles is not enough, the organic farmer risks losing his Organic status if his farm exceeds certain requirements of the Organic Rule Book. This is exactly what happened in a case in Australia. Click to read the article.

And to add insult to injury, the organic farmer can be sued by the GMO food company for knowingly or unknowingly using the seed produced from his own crop.

Why are bee colonies dying off at unprecedented rates? Nobody knows.

There are persistent rumours of GMO companies trying to develop bees that are resistant to pesticides.

If there are no bees to pollinate our plants - how can we grow anything? Albert Einstein said that mankind cannot live longer than 4 years without bees ... let's hope he is wrong.

One third of what we eat would not exist without bees. This short video will put their importance into perspective.

A morally corrupt GMO company that creates a "frankenbee" would hold the world to ransom and reap substantial profits. The profits would be so significant, one could probably afford to employ the best lawyers all over the world and fight off lawsuits everyday of the week.

Then launch a media campaign and quieten the masses by saying that your company solved the bee problem. (All protected by patents, of course)

Inform yourself "When you know better, you do better"

If you are trying to understand more about GMO foods, how they are made and grown, where they appear and what they may look like, have a look at these images and videos. We found them super useful and worth sharing and hope you will do the same.

Click the image/s to enlarge. Image credits appear on each image. If no credit is displayed, we don't know who the copyright holder is (Sorry).

There you have it

You probably know a bit more now than you did a few minutes ago. Have your say or get out there, make the most of your life and enjoy every minute of it - toxin free.

Glyphosate is Highest in Grains, Beans, Cereals and Seeds
Pesticide residues in our food is not always determined by the ultimate concern, safety for humans and the rest of the world. Sometimes, the ultimate …

GM Toxin, Glyphosate, Linked to Celiac Disease and Gluten Intolerance
ABSTRACT Celiac disease, and, more generally, gluten intolerance, is a growing problem worldwide, but especially in North America and Europe, where an …

Good Reasons NOT to Label GMO Food
I guess there are a few toxic food concerned citizens around the world that are following the campaign to force GMO Food labelling in Washington State, …

GMO Demonstration Success
On the weekend of 25 May, there were several anti GMO demonstrations across the world. People got onto the streets, put their personal differences aside …

GMO Food (Back to Top)