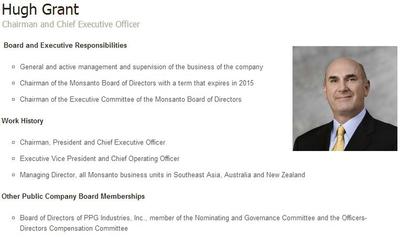 Smartstax GMO Product to be Approved in Europe June 2013

On the weekend of 25 May, there were several anti GMO demonstrations across the world. People got onto the streets, put their personal differences aside and united in their stand against global GMO manufacturers.

No spring uprising or militant tactics, just old fashioned street demonstrations with moms, dads and kids from all the continents. There were many great photos, reasonable press attention, a sense of well being of getting out there and doing something about it.

After the weekend, there was press coverage saying that Monsanto was withdrawing from Europe as there was no broad acceptance.

They have been through several big and small wars (as a supplier of some toxins), local and global recessions, billions of Dollars of lawsuits (for and against), a good few presidents, hundreds of congress members, some seriously toxic products, some seriously controversial products, good and bad public relations, epic environmental contamination, influential lobbyists, high profile government employees (in and out) and some very serious lobby money.

And where are they today?
They have global number 1 selling products, billions in profits, serious access to global leaders, serious financial backing, very wealthy and influential shareholders, and cutting edge technology in essential food products.

Do you really think that a weekend out with a few banners is going to change anything with a company that has this kind of experience, hardiness and power?

A few novice shareholders at shareholder meetings will raise their hands and say that all these anti GMO demonstrations will affect the performance and security of their shares.

Not only this, but GMO has broad support by industrial farmers, governments and big business. The question is ... Do our demonstrations have enough power to actually shift any of these 3 pillars that are really essential to have any meaningful impact on global GMO usage?

Unlikely, and for now, it is business as usual for Monsanto. If there was a real threat, Monsanto damage control would have kicked in and mainstream press would have been all over it. Tactfully, Monsanto acknowledged GMO resistance but has not changed strategy.

They don't need to because consumer behaviour is predictable and when our attention is focused on something else, they will get their documents signed. They are good at this and are getting better at it. (Google are also getting very good at consumer predictions and is a growing business model for retailers, for example, consumers are predicted to buy drinks when there is a shift in temperature and retailers will then adjust their products to meet the prediction)

Some 10 years ago, Monsanto was looking at terminator seed technology. The plant from a terminator seed dies after its first harvest and basically ensures that new seed has to be purchased for the following season. There was resistance and uncertainty to this technology and Monsanto "backed" down from commercialising it because, amongst other factors, they did not want to tarnish the squeaky clean GMO corporate image which was still relatively new to the world.

In mid 2000, some years later, after all the fuss had died down, they went ahead with acquiring the technology anyway - this time there was no fuss.

Just recently, they slipped in the popularly named "Monsanto Protection Act" while the world was focused on gay rights. This slipped through with barely any attention and was only picked up after the weekend gay rights celebrations.

Unfortunately it was too late to do anything about it. (Ironically, the only other industry to enjoy this "licence to kill by trial and error" is the vaccine industry)

Monsanto is a company with exceptional timing, especially when it comes to controversial decisions. Here are some examples :

Just recently, an Oregon farmer alerted the world that a strain of Monsanto's herbicide resistant wheat landed on his field. Nearly 10 years ago, Monsanto said that they abandoned field trials of this strain and destroyed all of the material (GMO products can only be destroyed - it cannot be undone when there are problems) As I am aware, this is the first case where the consequences of GMO contamination have been exposed on this level.

Monsanto is an animal of epic proportions, wit, experience, tactics, muscle and skin thickness and winning the battle against this beast will need a globally united, tactical and coordinated approach that hits their pocket. Money talks in the corporate world.

If the world really does want to stop GMO foods, then the methodology to make these GMO manufacturers stop will have to be different because for Monsanto, this is business as usual and their quarterly profits will prove it.