Tips and strategies to avoid cancer

Pharmaceutical companies today specialise in creating drugs and procedures that treat cancer. They have no interest to prevent or cure it.

Cancer rates are increasing globally and the most effective thing that you can do about cancer, is to do your best to avoid it.

What we do know is that Nobel prize winners from 1931 until today have determined, that acidosis and a sick immune system lead to cancer. Your gut is around 80% of your immune system, so looking after your digestive system, food nutrition and detox is a good place to start. While big pharmaceutical companies tinker around with patent pending Petri dish experiments, at least you have a place to start on your own to avoid or fight against cancer.

Use these infographics as guidelines to inform yourself and explore more ways to minimise and avoid cancer so that it can never get a foothold in your body.

There is no perfect solution to minimise your cancer risk but you can certainly do a lot with what we already know.

Much of this information is already widely known and available on the internet. We have summarised what we think are the best tips. Hopefully they will find people that are reaching out for information like this. 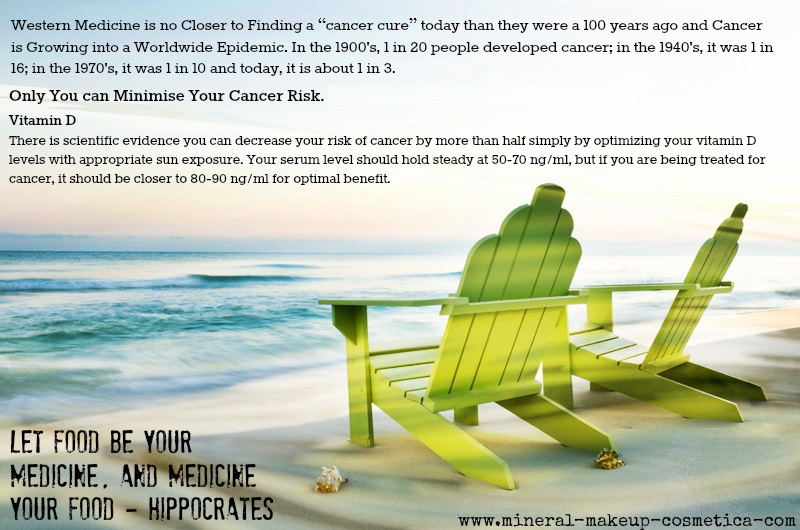 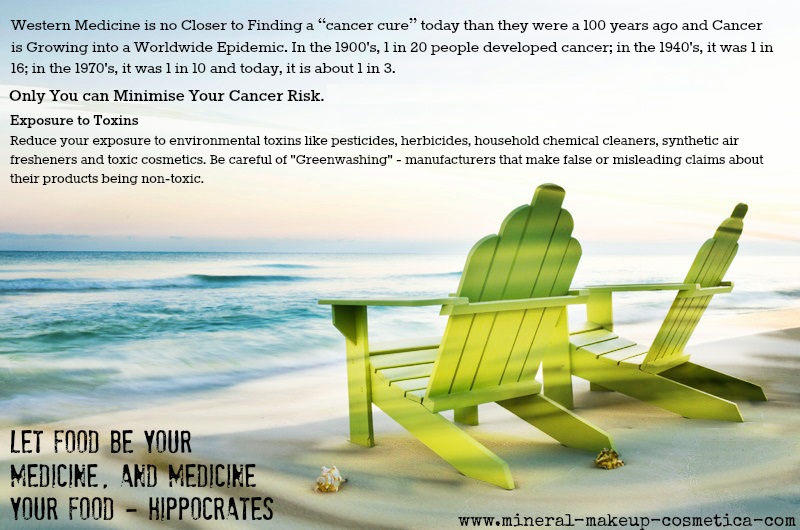 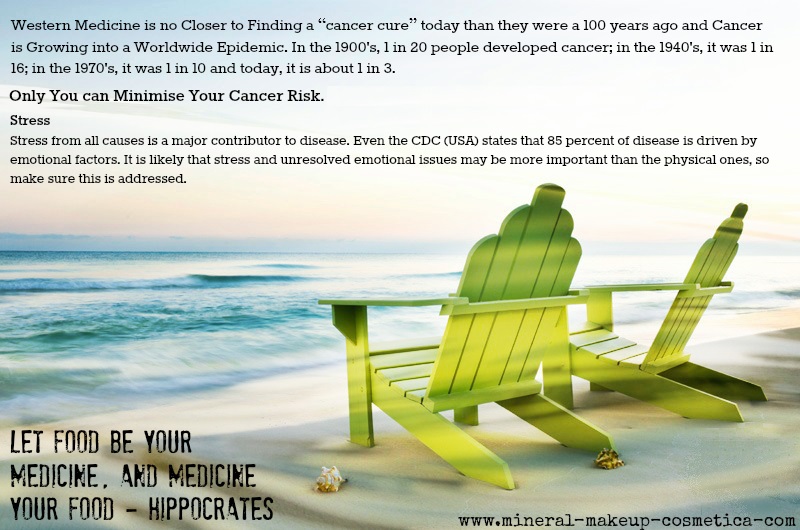 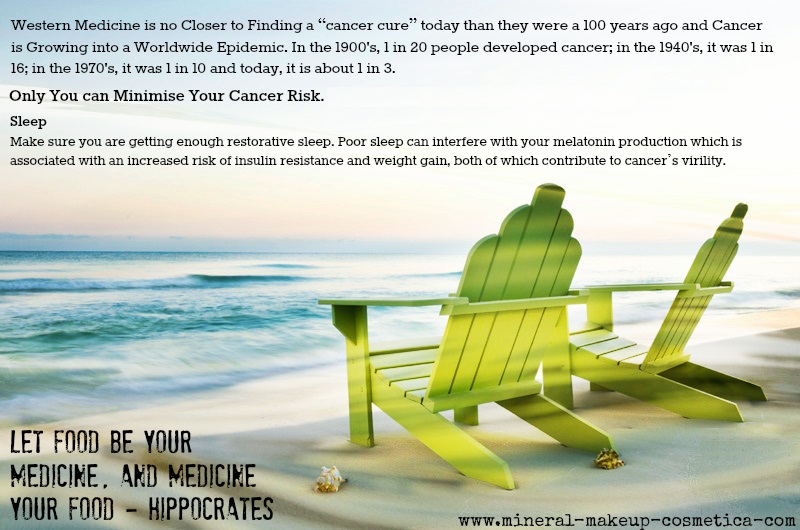 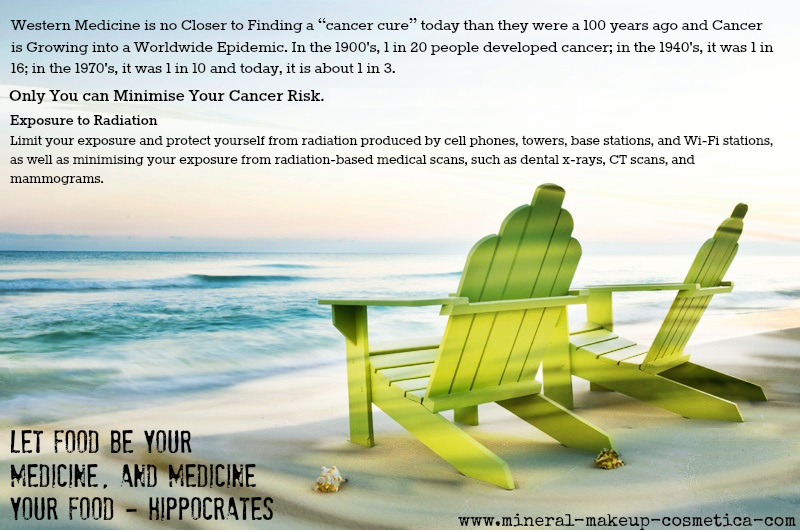 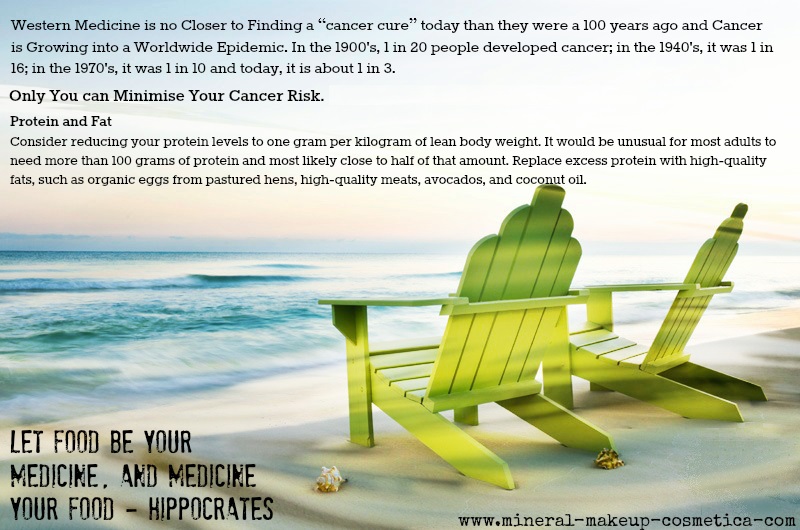 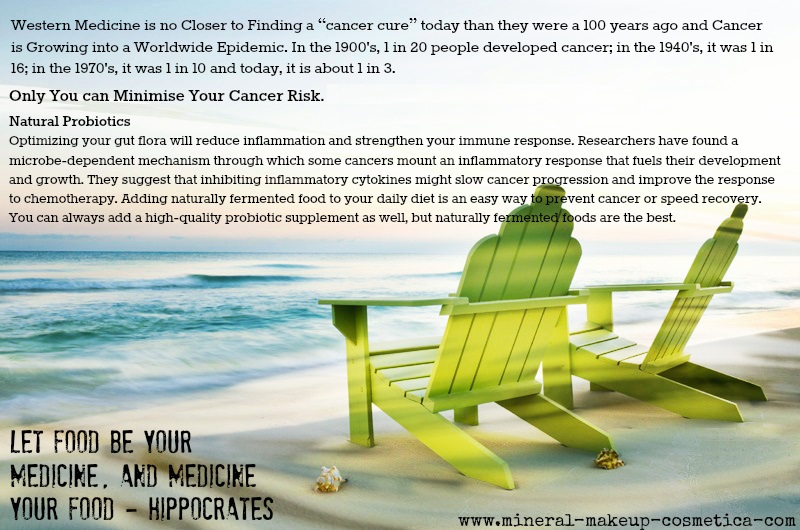 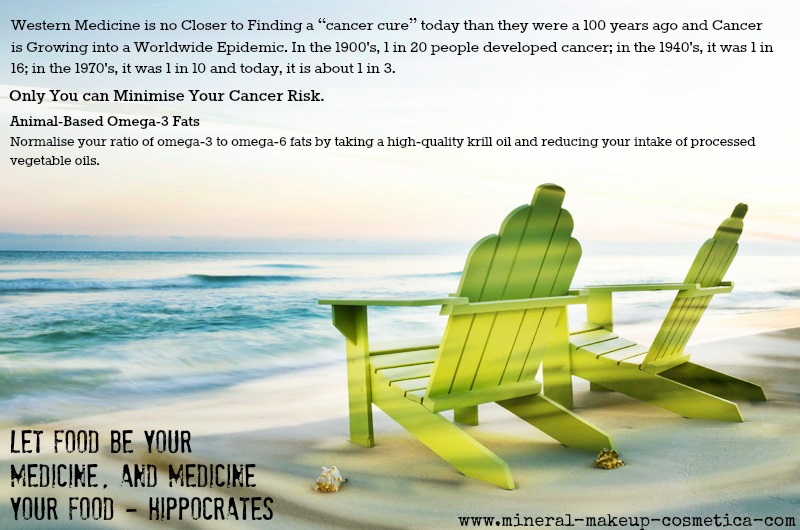 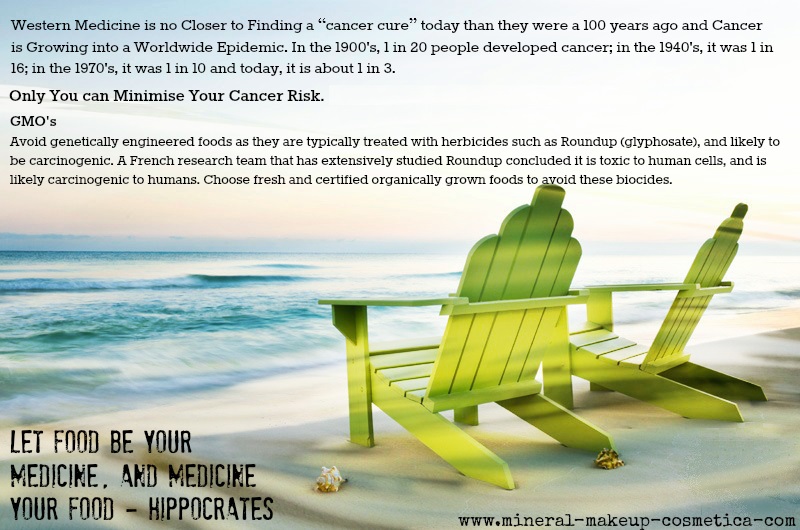 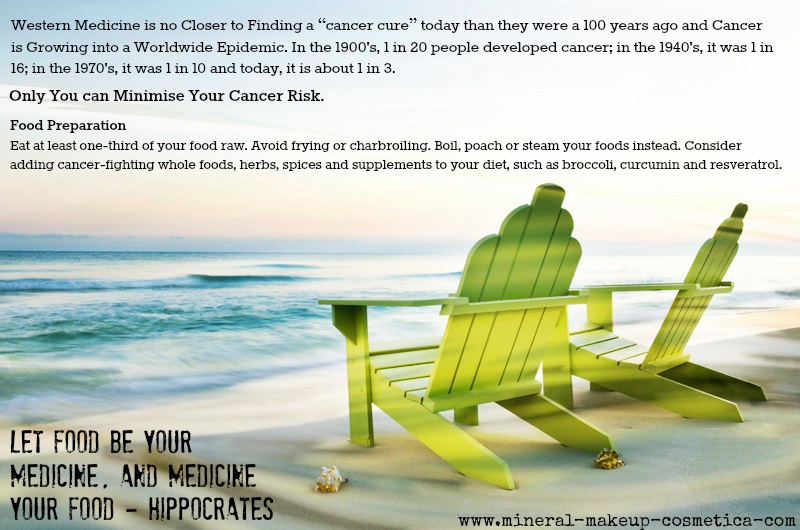 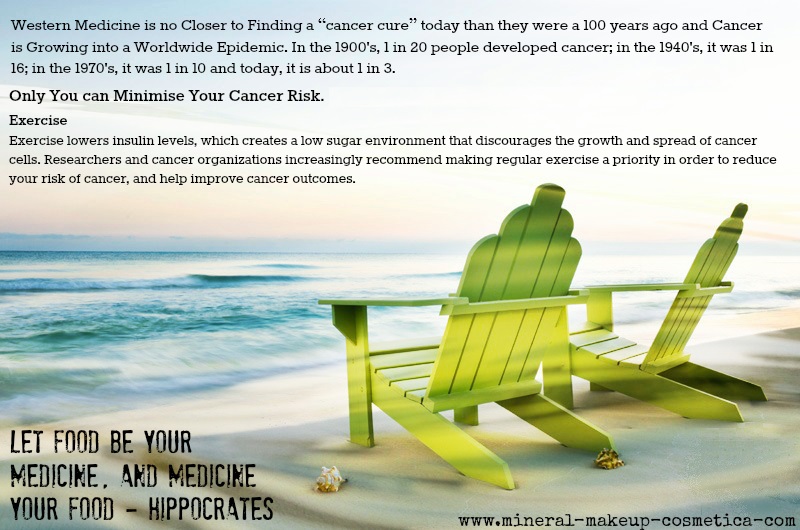 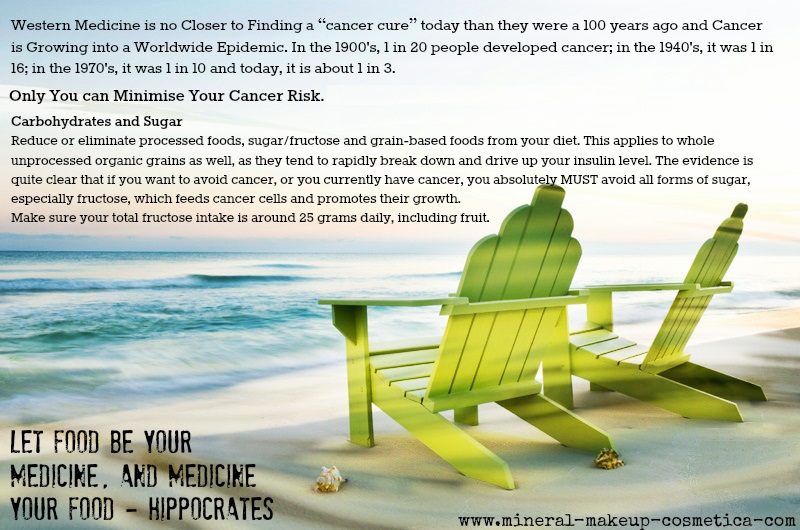 Remember that prevention is better than cure to avoid cancer

Here is a great article that talks about a common weed killer that has been listed as probably carcinogenic (after if was not, for more than 2 decades). Enough people are now sick and dead for this information to finally become public.

Concern yourself less about "scientific" mainstream evidence and more on what cancer survivors are saying, especially the ones that did not use surgery, radiation or chemotherapy to cure themselves.

There is no need to leave your chair empty sooner than expected. Inform yourself on how to avoid cancer and get going. Don't be the mainstream guinea pig.

— Alan Nixon, Ph.D., Past President of the American Chemical Society

At the end of the day, it's your choice and the proof is out there. The proof is just "unofficial". 85% of your immunity originates from your gut wall / lining. Start with your food to avoid cancer.

Avoid Cancer (Back to Top)