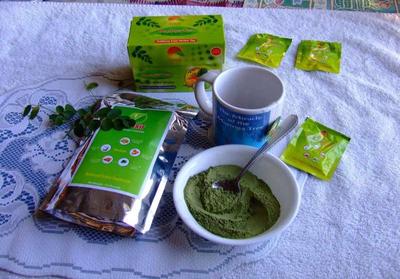 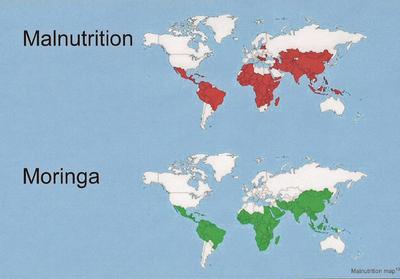 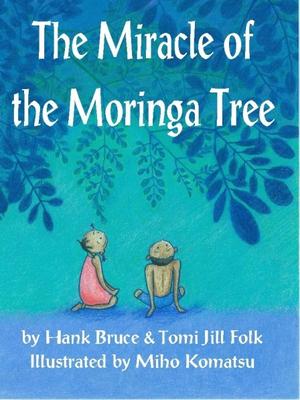 According to Bread for the World, 1.2 billion people on this planet are malnourished, and this number has increased in the past 5 years. That’s 15% of the world’s population, and many of these are children. In fact, every day 16,000 children die from hunger related causes. But this doesn’t have to be.

WHAT IF THERE WERE A WAY TO GROW OUR WAY OUT OF MALNUTRITION AND HUNGER IN MANY PARTS OF THE WORLD, INCLUDING MUCH OF AFRICA AND LATIN AMERICA?

There is. It’s called the Moringa tree and it will grow in the same parts of the world where malnutrition is the worst. These nutritious leaves can be dried and powdered for future use and will keep for months without refrigeration.

A billion people across Asia, Africa, and Latin America are estimated to rely on untreated surface water for their daily needs. Of these, two million are thought to die from diseases caught from contaminated water every year, with the majority of these deaths occurring among children under five years of age.

But, it doesn't have to be this way. Moringa is again an environmentally friendly solution.

WHAT IF THERE WERE A WAY TO PROVIDE SAFE DRINKING WATER IN SOME OF THE MOST DIFFICULT REGIONS OF THE WORLD?

There is. It’s the same tree, Moringa oleifera. It can be used on a small scale, with a few crushed seeds able to purify a bucket of water. This could be a micro-enterprise project with local production of packets of the moringa seed powder (in biodegradable paper packets made from moringa branches).

- the flowers and buds can be eaten raw or cooked, and bees make a delightful honey from their nectar

- the pods, or drumsticks, are useful at several stages as they grow and mature

- these diced pods can also be roasted, boiled or steamed as you would okra.

The seeds contain about 30-35% edible vegetable oil. They can be harvested when at the “green bean” stage and cooked like you would peas. When mature and left to dry, they can be stored for over a year and cooked as you would dried beans.

This sweet tasting oil can be extracted in a simple press and used for cooking, lubrication, soaps and cosmetic creams. Because the oil burns without smoke, it’s also ideal for lamps and cook stoves. Moringa oleifera produces a heavy crop of these seeds, sometimes amounting to 200 to 300 pounds per mature tree.

THE MANY USES OF MORINGA

Vegetable oil:
The oil has been used by artists for years. They know it as “Ben Oil.” This same oil has been used in fine machinery as a lubricant, but there is also potential for its use in the production of a motor fuel that could replace petroleum derived fuels. This could make economic independence possible for many communities and impoverished nations in the arid tropics. It is also more environmentally friendly than petroleum products.

Health & Beauty care:
The oil has also become a popular ingredient in soaps, shampoos and skin care products. There have been numerous reports of the effectiveness of leaf powder and oil to heal rashes, lesions and minor abrasions.

Livestock:
The leaves have been used very effectively as a nutritious feed for pigs, goats and other livestock

Fencing:
The trees can be used as a living fence or harvested and used as fence posts.  If left to grow several years it becomes a useful lightweight lumber source.

Fuel & lumber:
This is an extremely fast growing tree (it may reach 10 to 15' in the first year) that produces a lightweight wood acceptable as a fuel for stoves.  The wood also have potential for carving, but is not strong enough to be used as a building material in most situations.

Crop supports:
The plantings can serve as poles for beans, yams, vanilla, pepper and other vining crops, a wind break against the harsh semi-desert breezes, shade to help preserve moisture in the gardens and fields and fodder for the livestock.  They can be used as living fences, privacy screens and erosion control.

Erosion Control:
The trees can be planted on hillsides to help prevent erosion and mudslides.  The dried pods and fallen leaves also make a valuable surface mulch on its way to becoming compost.

Crop protection:
The leaves and leaf stems also provide a natural protection against the fungus that causes damping-off in seedling beds.  Leaves steeped in water are reported to produce a natural fungus control that encouraged the germination and growth of seedlings.

WHAT IF THERE WERE A SUSTAINABLE RESOURCE THAT COULD PROVIDE BOTH FOOD FOR THE GROWERS AND MARKETABLE FAIR TRADE COMMODITIES FOR EXPORT IN SOME OF THE POOREST REGIONS OF THE WORLD?

There is.  Again the moringa tree provides life saving food sources from leaves, nutritional juices and drinks, seed powder for safe drinking water, both at the family level and larger scale.  The seeds yield a valuable vegetable oil with so many uses.

But, the most important fair trade marketable item is MORINGA TEA.  This is a flavorful, healthy, environmentally friendly drink. This tea has a natural, spicy flavor, either hot or iced.  It can be made in a variety of specialty flavors including; ginger, cinnamon, licorice, apple, strawberry, even holy basil, and many others.

THE MIRACLE OF THE MORINGA TREE,© 2010, Petals & Pages Press (A Soon to be published children’s book)

The Miracle of the Moringa Tree is a simple children’s story. It has been beautifully illustrated by a Japanese graduate student at the University of New Mexico, Miho Komatsu, with rich colors to attract attention to the vital storyline.

Amali and her brother Njema live in a drought stricken Kenyan village.  Mzee, the elder, tells the people not to give up hope and points toward the distant hills.  That night the two children set off to find the food Mzee speaks of.  The next day they discover a moringa tree.

The tree teaches them how to cook and eat the leaves, pods and seeds. It also teaches them how to purify the dirty water with the moringa seeds. They take bags and baskets of the leaves, pods and seeds back to the village and show everyone how to prepare this new food, then how to plant the seeds so that they could grow enough food that no one in the village will ever feel the pain of hunger again.

The first time we heard of moringa was at ECHO (Educational Concerns for Hunger Organization) in Fort Myers, Florida. There, we were told the story of a Haitian volunteer who was touring their demonstration gardens.

She pointed to an ugly tree with long drumsticks of seed pods, and asked if it had any use. The tour guide excitedly told her about the moringa, how every part was able to be used for food security or medicinally, and the seeds also can be pressed for cooking or lamp oil.

The young woman had tears in her eyes. She told the guide that she had recently worked in an orphanage in Haiti, and as many as five children a week would die of starvation.

The exponential tragedy of this situation? Moringa was growing in the compound at the orphanage, and no one knew that it had any use beyond providing shade. No one know that the leaf powder is so nutritious, that it can be mixed with water or added to cooked rice or a millet porridge, so that infants and children can be sustained if treated soon enough.

The compounded tragedy of this situation is that no one knew how to recognize the tree, how to cultivate it, how to use its many gifts.(see www.echonet.org to order a small supply of seeds)

So many people in the developing world now die from malnutrition. We aim to raise awareness of the multiple ways in which the moringa tree, which grows plentifully in these areas, can make such a huge difference in the world, can be used to mitigate hunger and malnutrition, and to sustain life.

A reliable source of up to date information in both French and English is available at www.moringanews.org, where communication about moringa is shared by people around the world.

There are so many people in the developing world who don't have to die from malnutrition. We aim to raise awareness of the multiple ways in which the moringa plant, which grows so plentifully in these areas, can be used to mitigate hunger and malnutrition, and to sustain life.

Join in and write your own page! It's easy to do. How? Simply click here to return to Moringa Natural Products.