Makeup safety in America moves forward ... or does it?

A vote was passed in the American Senate Environment and Public Works Committee that approves the way for the Toxic Substances Control Act to be reformed after 36 years.

The passing of this Safe Chemicals Act is a clear signal that American Congress is finally listening to the public concerning this issue.

The result of this first step will empower the Environmental Protection Agency with adequate tools to keep dangerous chemicals out of American cosmetic products.

The aim of the Safe Chemicals Act is to update the way America looks at and regulates chemicals as Civil Organisations have worked tirelessly to raise awareness of toxic chemicals in consumer cosmetics and products.

This new act will update the 35-year-old Toxic Substances Control Act, which has not kept up with changes and progress in the chemical industry. Makeup safety in America will benefit enormously from a thorough review and update of this Act.

Americans are being left vulnerable by an outdated law that has done very little to protect them and the environment from chemicals.

What is all the fuss about?

How many people even realise that makeup safety in America barley exists.

The American FDA does a great job of regulating :

You may be saying to yourself, "But so what. I use cosmetics every day and I am fine."

Yes, that is what you think. Unfortunately cosmetic injury is not something that happens overnight.

What happens is that you get sicker earlier than others who do not use these toxic chemicals.

These are some common toxins in your body from cosmetics 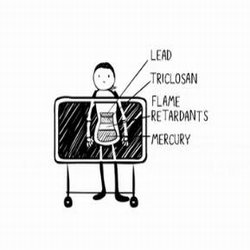 While progress on the Federal level to remove toxic chemicals from our environment should always be applauded, they also need to be clearly understood. You and I would think that progress, like this one, relates to a total ban or severe restrictions.

Unfortunately, this is not often the case. Here is an example. Progress on a federal level can actually mean a dilution of federal laws i.e., by relaxing the laws, you make chemicals less toxic.

Let's say that a new chemical A needs an assessment to be used on food crops. The present law says that you need to do environmental tests + acute toxicity tests to determine its safety level.

At the same time, through civil concern and awareness, federal lawmakers need to respond and improve toxic chemical policy and legislation. Progress needs to be seen by the public but at the same time, lawmakers cannot slowdown the chemical industry as they are a formidable revenue generator, taxpayer and employer.

Chemical A will also have a positive effect in the agricultural industry because it will improve the yield of a crop. As a lawmaker, you know that by using the existing assessment law to determine Chemical A's safety level, it does not address public concerns, if anything, it will only highlight its toxic capability and show lack of progress on the federal level to reduce them.

But the benefits of Chemical A are very encouraging. Possibilities are new business, new exports, new licencing, new patents, better crop production, more employment ... to name just a few. By changing the definition of the law from a toxic assessment to a cost/benefit assessment, for example, you now dilute the law, claim progress on old laws, and keep the chemical and agricultural industries happy.

The result - chemical A's safety level is now determined by its benefit over its cost:

The reason for this way of thinking: to fulfil capitalisms infinite appetite using finite resources, progress can only be achieved by compromise and dilution while relying on technology to mitigate increased risk.

Is this an example of real progress on important issues like makeup safety in America? 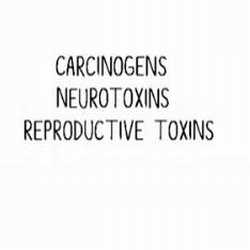 Estee Lauder sells products with advertising that claims to fight cancer. Yet their products contain ingredients that are linked to cancer.

A real progressive federal milestone could be a big step toward updating the act and getting this self regulated chemical industry:

It is a ticking time bomb

If you are not affected or do not know somebody that is affected by a disease that has appeared for no obvious reason, it is just a matter of time before you will.

Take this opportunity to get chemical toxins out of your bodies and out of your environment.

Make chemical companies responsible for their toxins or they must close down. If you don't, you improve your chances of dying earlier due to toxic chemical poisoning.

If you believe that you are not in danger or you will never be affected, then do some research and find out for yourself.

Several years ago, European Governments banned over 1200 cosmetic chemical ingredients because they believe they are bad for their people.

That is a great score and America can do the same.

If it is suspected, it is banned 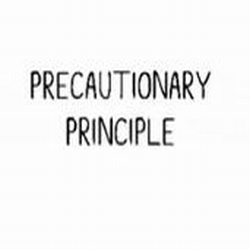 It is up to the chemical manufacturer to prove that it is not dangerous.

How does makeup safety in America affect you?

Cosmetic chemical companies will say that all their ingredients are tested and safe for the public.

They will say that there is no scientific evidence to confirm that some cosmetic chemicals cause diseases.

Probably not. If the chemical is suspected of causing death or disease, then ban it.

Let the cosmetic chemical manufacturer prove that it is 100% safe.

We look forward to this great score in the near future :

Laws that control cosmetics often differ from country to country. Laws in Europe are different to laws in USA, Canada, countries in the Far East, etc. This page focuses on laws that are applicable in the USA.

Awareness of laws in other countries always make a useful comparison ... so please, if you have an article relating to the USA, this is the place.

What Other Visitors Have Added to This Page

Toxins in Your Unborn Baby
Message from EWG (USA) Not long ago, EWG research detected 287 chemicals in the umbilical cord blood of newborns. Of that total, 180 are known …

California Updates List of Carcinogenic Cosmetics Chemicals
Recently, the State of California updated its list of chemicals known or suspected to cause cancer or reproductive toxicity. The updates are based on information …

Makeup Safety in America (Back to Top)